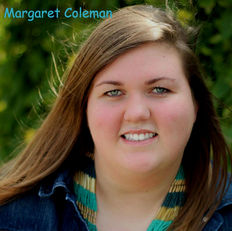 I am a 24 year old student who is entering her last semester at ASU. I first attended community college out of high school in my home city of Houston. After spending roughly three years there I decided it was time to transfer and ASU was my top choice. I entered into the education program and never looked back. I am a nanny, daughter, sister and friend and I love all of my people so much! After graduation I plan on becoming an elementary school teacher. It is my hope that I can work in a title one/ low income school to better help my community. That is one reason why I was so excited about this project. I felt that it would be great in my future career.

​I grew up in the dead center of Houston, TX. I was raised on the westside of town which is known to have some wealth as well as some poverty. I still live in the same part of town that I grew up in as well as went to high school in. The children I currently nanny also attend all the schools that I attended which makes me feel still very connected. I hope that I am able to stay on the westside of town and get the job I have been dreaming of.

The part of Houston I live in is in Harris County. Houston has a population of about 2.3 million people. Of that rather large amount roughly 474,000 people live in poverty. From my research I noticed that there were a lot of people without college degrees. After thinking long and hard about that I realized that with the large cost in education it was hard for people to be able to attend school without also working several jobs. Being a current college student I know that is it nearly impossible for people to do all of the above. While I found this information all rather shocking, I was surprised at how many things I did not know about the city that I take great pride in.